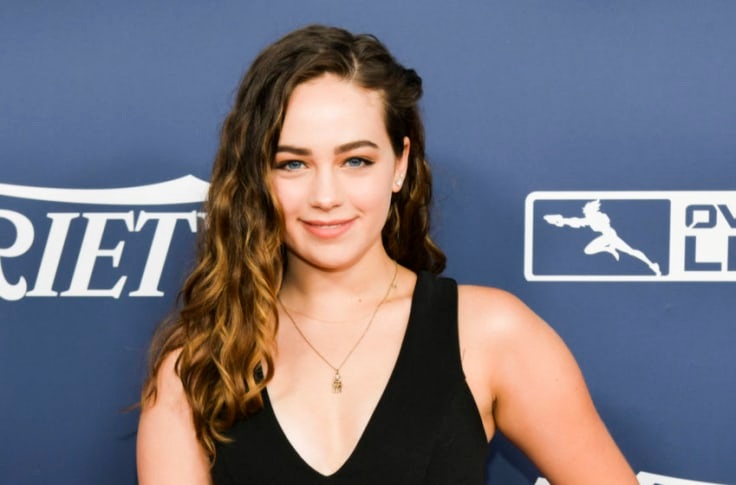 Do you know somebody who was truly born to be a star? Well, let me brief you on Ms. Mary Mouser. She belongs to the list of American stars whose quest to become popular started too soon in their lives. She’s already accomplished several things in her field of work, although she’s still in her twenties. Mary is best known for her performances in many American TV shows, like NCIS, Life is Wild, Body of Proof, and the latest, Cobra Kai as Samantha LaRusso.

Find out if Samantha from Cobra Kai is dating a boyfriend or is married to a husband. Also, her birthday and net worth in 2021 are revealed here.

Mary Mouser portrays the role of Samantha LaRusso, who is the daughter of Daniel and Amanda LaRusso. She’s the love interest of Miguel Diaz (Xolo Maridueña). Even though she spends time with the rich in school, she still prefers to be intelligent, kind and doesn’t allow bullying.

Sam’s father taught her karate at the age of eight (8) and became the second disciple (first if Robby Keene) in the newly re-established Miyagi-Do Karate. But, after the West Valley High School fight and her dispute with Tory Nichols (Miguel’s ex-girlfriend), Sam was hospitalized and eventually suffered from PTSD (post-traumatic stress disorder). She was left indecisive over karate.

However, Samantha’s father took her to the All-Valley Sports Arena, narrated how Mr.Miyagi helped him prevail over his fears. And Sam, in the end, returned to their martial arts training. She was seen training with the other Dojo’s disciples to get ready for the competition versus Cobra Kai to decide which dojos would stay in the Valley. 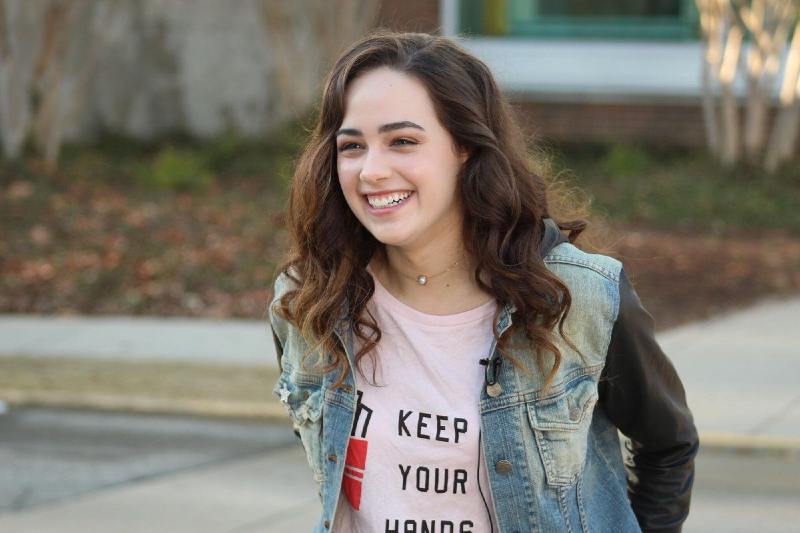 In an interview, Mary stated that she auditioned for the character of Mary without knowing what the production was about. She had never watched the original movie series Karate Kid. The original film was released way before the actress came into existence, so no wonder she hadn’t seen it. When she began progressing with her auditions, she chose not to watch the film until she was positive she had taken the role to avoid the ‘jinx. And when she finally got a call that she got the part, she immediately binged watch it almost five times.

Portraying the daughter of renowned Daniel LaRusso, Samantha LaRusso had to experience emotional and physical hardship to ensure she would present Samantha as what others expected her to be. Just like all things, there were aspects of her training that were a bit more manageable and some things that were tougher for her, especially the “tornado kick.”

Samantha from Cobra Kai got bitterly disappointed and dismayed, though the production was so patient and helpful, and she finally succeeded in working it out properly.

Is Mary Mouser Dating a Boyfriend? Or Married to a Husband?

Being in a relationship while you’re in the entertainment industry is quite hard to maintain, especially if either or both parties are busy; however, Mary Mouser and her boyfriend, Brett Pierce, proved that they could manage both their career and relationship. You might remember Brett from Grey’s Anatomy as Tyler, Scorpion as Griffin, and A Million Little Things as Young Eddie.

Mary and her partner, Brett’s initial encounter was at a party in November 2015. They both found each other attractive, started talking during the party, and instantly clicked. After the party, they didn’t leave each other’s company and started dating. But it was just on the 19th of December 2016 that their relationship became official. 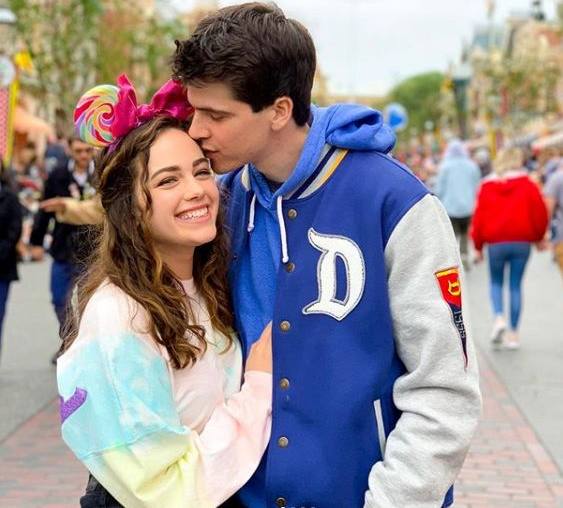 Mary Matilyn Mouser, or widely known as Mary Mouser, was from Pine Bluff, Arkansas, born on the 9th of May 1996. Born with the Taurus zodiac sign, the actress is currently 25 years old.

She is the daughter of Scott Mouser (businessman) and Tina Mouser (housewife). Mary has two siblings, also embarking on the show business – Laura Ashley (1997) and Aaron Parker. 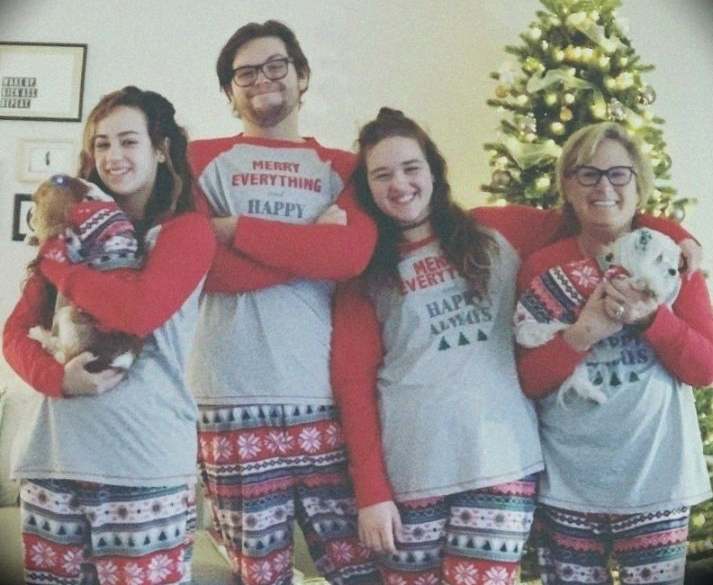 Mary Mouser with her mother and siblings

Then she finally got some leading roles in the following TV shows: serial-drama TV series Lie To Me (2009) as Tyler Seeger, comedy-drama TV series Body of Proof (2011-13) as Lacey Fleming, and in the sequel of Karate Kid movie series, Cobra Kai, as Samanta LaRusso.

Because of her astounding portrayal in her role in the film A Stranger’s Heart, she was among the nominees for the Best Performance in a TV Movie, Miniseries, or Special – Supporting Young Actress category in the 29th Young Artist Award.

She was also nominated at the same award event for her role in the TV series Life is Wild as Best Performance in a TV Series – Supporting Young Actress.

Mary Mouser has a net worth of roughly $2 million. She has accumulated massive wealth through her acting career. Besides, she is also a Youtube content creator, which adds up to her monthly earnings to uplift her net worth. Her Youtube account already has more than 377k followers and over a million total views. Having another platform has helped her to attain stardom in Hollywood. 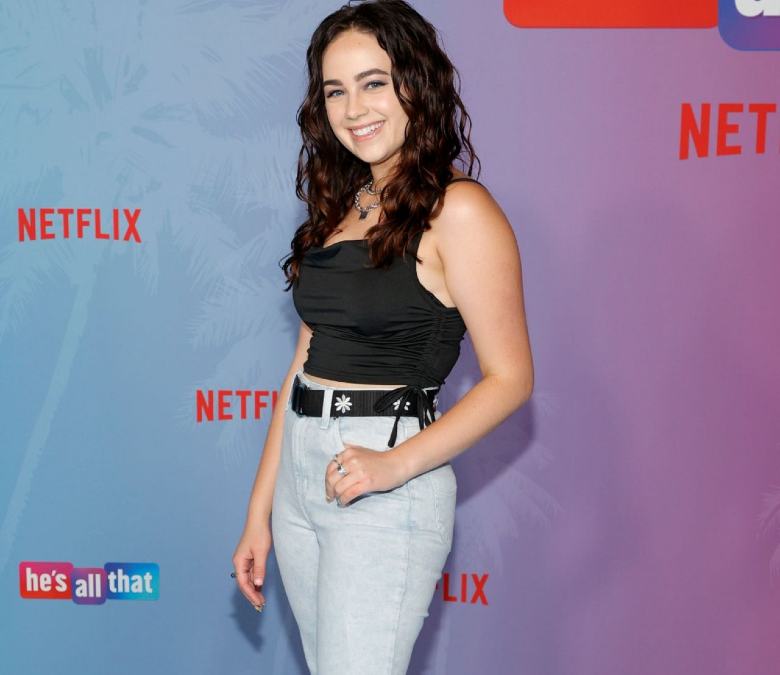 Over time, Mary has grown into a perfect lady and has kept her status in the entertainment industry. No matter her role, you can assure that Mary will perform at her best and not disappoint the viewers and her fans.