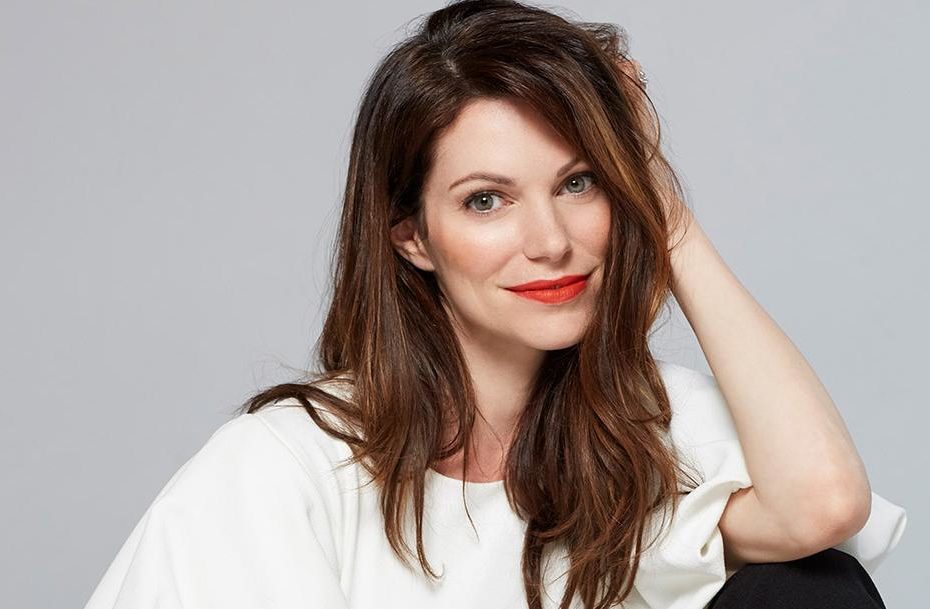 Courtney Henggeler has been in the entertainment industry for nearly two decades; however, not every time that the actress would receive the honor and recognition she ought to have. The majority of her characters and stints were only for recurring roles or cameo appearances. But in 2018, an opportunity knocked at her door and changed her fate. She finally attained a huge breakthrough as one of the main cast in the action fiction Netflix series and a sequel to The Karate Kid films, Cobra Kai as Amanda LaRusso.

The veteran actress enjoyed performing and acting. At an early age, she already knew what path to take. This time, we will tell you about Courtney Henggeler’s wiki, her role in Cobra Kai, net worth, age & measurement. Continue reading our article and know some info below.

Courtney portrayed the character of Amanda LaRusso in the martial arts comedy-drama TV series Cobra Kai. Amanda is the wife of Daniel LaRusso and the mother of Anthony and Samantha. As a wife, Amanda from Cobra Kai helped Daniel reach their shared dream of having an auto dealership, and they built LaRusso Auto Group.

Amanda helped manage Daniel’s hatred toward Johnny and drove at least the start of their appeasement. On top of that, she is influential in urging her husband to pardon Robby for not telling him that he’s the son of Johnny and to be his sensei again for the All-Valley matchup. 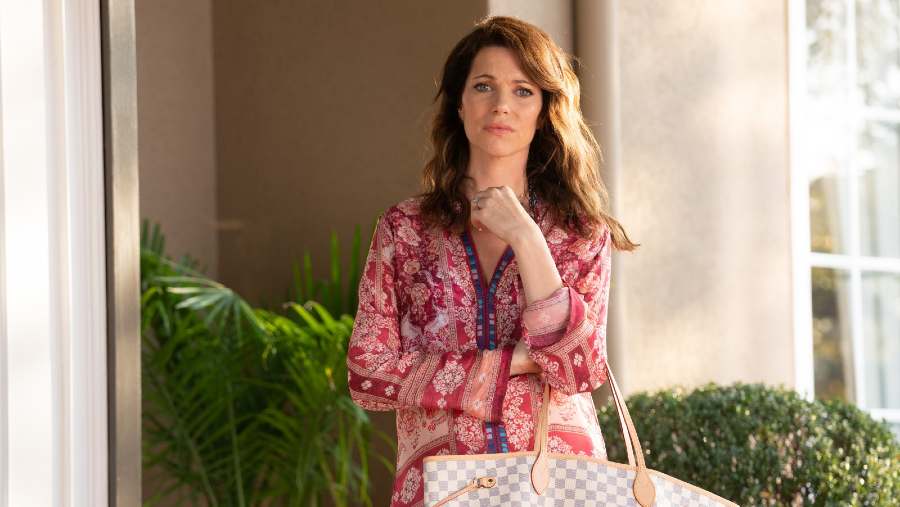 When she landed the role of Amanda LaRusso in the series, Courtney was on the verge of quitting her acting profession. Aside from being pregnant with her first child, she felt tired. In an interview, the actress stated that she’s been performing and acting for ages, and it seemed that she’s only making lateral moves. However, her husband, Ross, persuaded her and never forgot to cheer her up. He assured her that he’d always support her.

The actress has been doing cameo roles in many films and TV series, and commercials before being cast in Cobra Kai. Bagging the character of Amanda LaRusso had remarkably helped her re-establish her name in the showbiz industry. Though this would be impossible if not for Ross, we wouldn’t see the Amanda we deserve to have if he didn’t make her feel at ease.

Courtney is a jack-of-all-trades as she supports her family as a model, actress, producer, and writer. She’s been working in the movie industry for almost 20years. She has appeared in many TV shows and films, and with her participation in The Big Bang Theory, Mom, and Cobra Kai, she has secured a spot in Hollywood. Not only that, but she is also a brand ambassador of various cosmetic products and manages her own business. Based on some reports, as of early 2021, Courtney has an estimated net worth of roughly $2 million.

At present, the Kohn family settles in New York. After their marriage, the two chose to return to New York so that the actress could still take care of her sick mother from time to time. The couple rented a house in Huntington, and according to Courtney, the place possesses all things they coveted in a home.

Married to Husband? Or dating a Boyfriend? Wiki

Courtney Henggeler is one of those celebrities who prefers to keep her private and personal life away from the media. After she became the center of public attention, numerous male individuals have been wanting to know her love life. Even though Courtney has never revealed facts about her love affairs (past boyfriends or even males courting her) in interviews, all we know is that she is happily wedded to Ross Kohn, an actor, producer, and director. 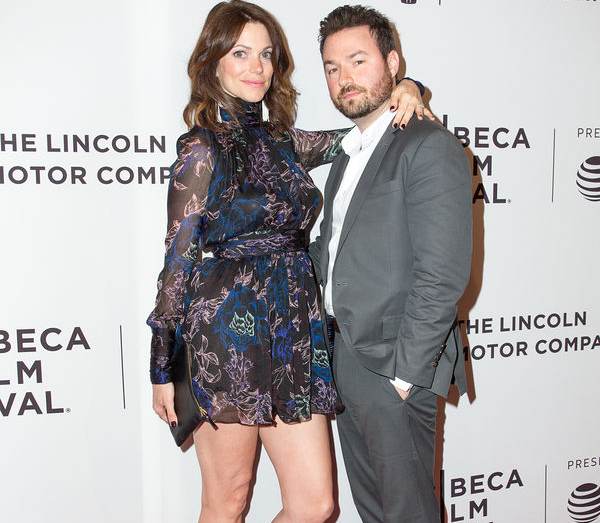 Courtney Henggeler and her husband, Ross, walked down the aisle on 15 October 2015. And since their wedding, Courtney and Ross have been enjoying a ravished life with their two kids.

They had their first child on 25 January 2017, with the name Oscar Noah. Courtney’s stardom took a bit of a break since she was not engaged in any films or shows for almost one year after giving birth to Oscar. A couple of years thereafter, they welcomed Georgie Healy on 5 March 2019.

At present, the Kohn family settles in Los Angeles, California. And the relationship of the couple, Courtney and Ross, is going strong, and no rumors and marks of conflict. 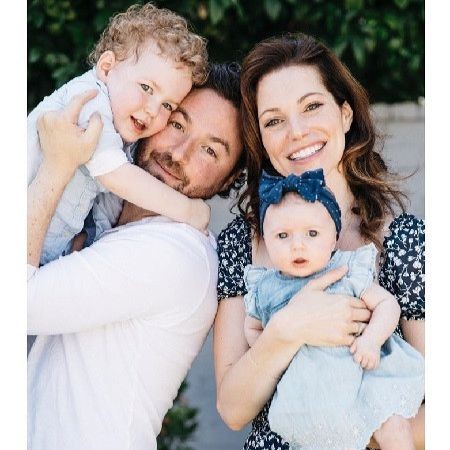 Courtney Henggeler and Ross Kohn with their children

How old is Courntey Henggeler?

Courtney Henggeler Kohn was born on the 11th of December 1978 in Phillipsburg, New Jersey. She is currently 42 and turning 43 years old this coming December. She is an American and has Italian, Irish, Swiss, and German lineage.

Big names in the limelight are usually praised for their glamour and the way they present themselves. Courtney has a well-defined and healthy physique with a body measurement of 34-26-39. Her tall height of 5 feet 9 inches suits her stunning hourglass figure well.

At the age of 43 and even after conceiving twice, she still can be in good shape and look younger than her actual age. She has achieved this by eating a balanced diet and exercising. She likewise believes that having a decent amount of sleep helps to have a more vibrant lifestyle.

Ross Kohn’s wife frequently inspires her fans by posting her fashion photos on Instagram, and they appeared diligent in sending their admiration for her shots updated. 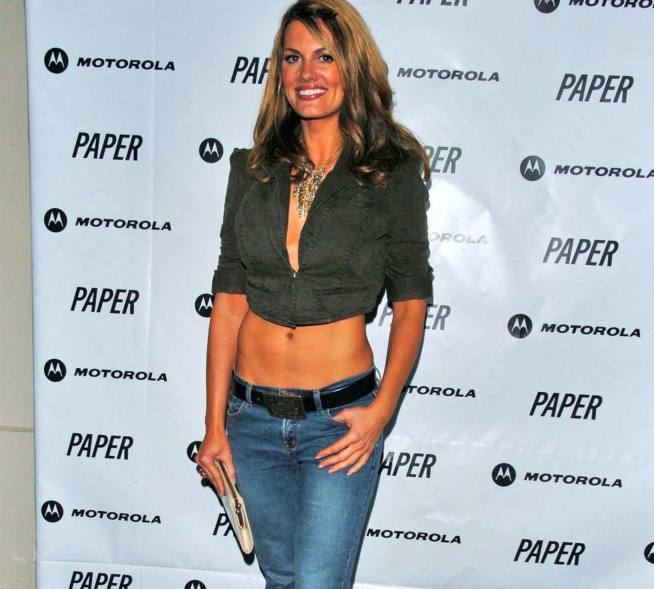 The celebrity who has been in Hollywood for approximately 20 years started her career with cameo appearances, and recurring roles is now one of the big names in the industry. Her acting credits will prove that Courtney is a veteran actress.